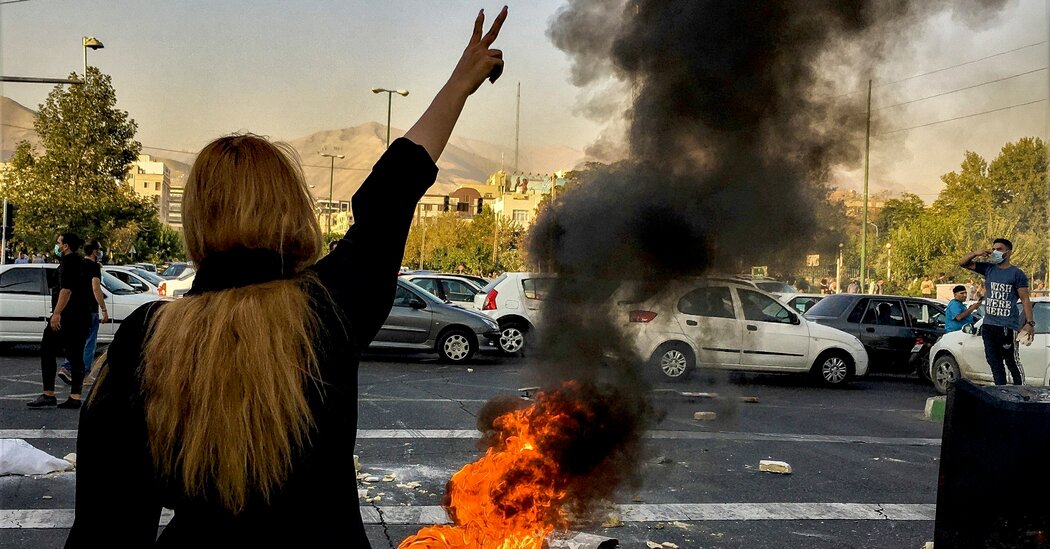 Iran has abolished the morality police, according to remarks by the attorney general carried on state media, following months of protests set off by the death of a young woman who was being held by the force for supposedly violating the country’s strict Islamic dress laws.

The decision, reported by state news outlets late Saturday night, appeared to be the government’s first major concession to the protest movement ignited by the death of the young woman, Mahsa Amini, 22, in September in the custody of the morality police. The unrest has amounted to one of the biggest challenges in decades to Iran’s system of authoritarian clerical rule.

The morality police “was abolished by the same authorities who installed it,” Attorney General Mohammad Javad Montazeri said in remarks during a meeting on Saturday where officials were discussing the unrest, according to state media reports. But he went on to suggest that the judiciary would still enforce restrictions on “social behavior.”

On Thursday, the attorney general said that the authorities were reviewing the law requiring women to cover their bodies in long, loose clothing and their hair with a head scarf or hijab and would issue a decision within 15 days. But it was not immediately clear whether the authorities were planning to relax the law, which remains in place.

The absence of any official government statement on disbanding the force left some to question where the policy stood exactly. But by late Sunday, the authorities had not issued a denial on state media outlets either, even after the attorney general’s remarks were widely reported by the international news media.

More on the Protests in Iran

There have been many reports from residents of Iran that the morality police have scarcely been seen on the streets since the protests erupted nearly three months ago and women have been increasingly appearing in public with their hair uncovered. But other security forces, including the notorious Basij militiamen, have been beating and arresting women who go out with their hair uncovered, according to videos of the protests.

The dress code for women became an ideological pillar of the ruling clerical establishment, central to its identity.

Iranian women have been challenging the dress code since its inception, embracing colorful robes, barely covering their hair in loose wraps and, in some cases, even letting their head scarves drop onto their shoulders, baring their hair. Enforcement of the code has always been uneven and arbitrary, ranging from verbal warnings, to fines, to arrests.

When Ms. Amini died in custody after being arrested by the morality police on a Tehran street, the nationwide protests that followed focused initially on the Islamic dress laws but quickly morphed into demands to end clerical rule and allow greater social freedom, tapping into years of pent-up anger.

The protests, now in their third month, have been led by women and young people. Protesters chanted “woman, life, freedom,” tore off their hijabs, burned them in street bonfires and cut their hair in symbolic acts of defiance.

The movement has grown to encompass the entire range of discontents with Iran’s ruling establishment, making it unclear whether protesters would be satisfied with the concession announced by the attorney general.

Demonstrators fed up with political repression, censorship, corruption and economic mismanagement have called for an end to the Islamic Republic. They have taken aim directly at the most powerful man in Iran, Supreme Leader Ayatollah Ali Khamenei, whom they want removed from power.

Women’s rights activists led the way in carving out greater flexibility around the hijab, defying the law with protests in which they exposed their hair in videos posted to social media or in the street. But after the election of a new hard-line president, Ebrahim Raisi, last year, the government cracked down.

In the months before the protests began in mid-September, videos of the morality police dragging women into vans bound for re-education centers — in one case, while the woman’s mother begged them to stop — had stirred fresh outrage among Iranians.

In September, the United States imposed sanctions on the morality police.

Security forces have responded to the protest movement with a crackdown that has left hundreds dead, and the government has threatened harsh punishment for dissent — including executions.