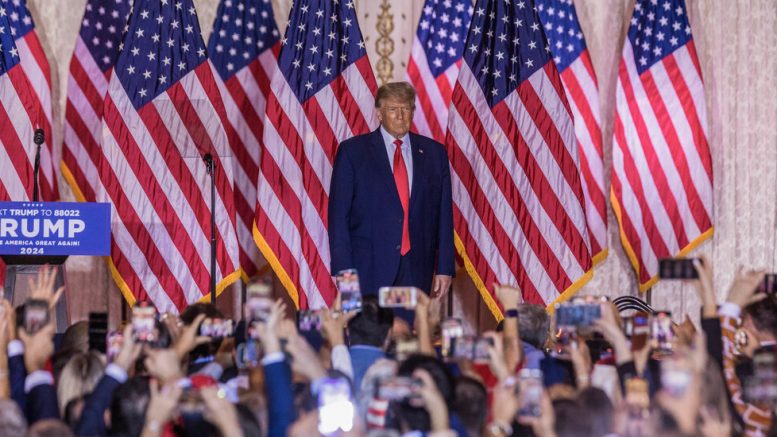 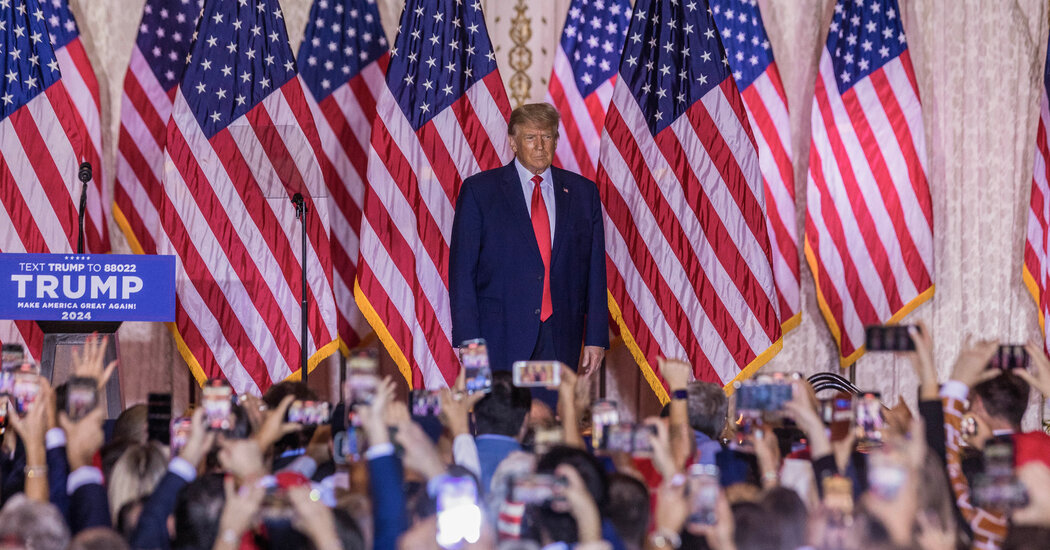 After more than five years of dramatic headlines about controversies, scandals and potential crimes surrounding former President Donald J. Trump, the coming week will be among the most consequential.

On Monday, the House select committee investigating the Jan. 6, 2021, riot at the Capitol by Mr. Trump’s supporters will hold what is almost certainly its final public meeting before it is disbanded when Republicans take over the majority in the new year.

The committee’s members are expected to debate criminal referrals to the Justice Department in connection with the riot and Mr. Trump’s efforts to cling to power, which culminated on Jan. 6 as the pro-Trump mob tried to thwart the certification of his successor’s 2020 electoral victory. The biggest topic is whether to recommend that Mr. Trump face criminal charges.

On Tuesday, the House Ways and Means Committee will meet privately to discuss what to do with the six years of Mr. Trump’s tax returns that it finally obtained after nearly four years of legal efforts by Mr. Trump to block their release.

The committee could release them publicly, which would most likely be done in the final days of Democratic control of Congress.

And on Wednesday, the Jan. 6 committee is expected to release its report on the attack, along with some transcripts of interviews with witnesses.

Taken together, this week will point a spotlight on both Mr. Trump’s refusal to cede power and the issue that he has most acutely guarded for decades, the actual size of his personal wealth and his sources of income.

Understand the Events on Jan. 6

“Trump has spent decades avoiding transparency and evading accountability,” said Tim O’Brien, the author of “TrumpNation: The Art of Being the Donald.” “Now both are rushing toward him in the forms of possible tax disclosures and a criminal referral. However much he might want to downplay the significance of all of that, it’s momentous.”

Any public release of his tax information would come as Mr. Trump seeks another White House bid, a time in which he’s facing multiple investigations without the immunity that the presidency gave him from indictment.

The Justice Department is investigating Mr. Trump’s mishandling of presidential records and classified material, and it remains to be seen whether either he or anyone around him is charged in that case.

How much new information will be disclosed this week is unclear. Over the course of more than a year and a half, through nearly a dozen public hearings, the Jan. 6 committee has used testimony and information culled from over 1,000 witnesses to present Mr. Trump as being at the center of an effort to remain in power and thwart the results of a free and fair election.

The Justice Department has been conducting a simultaneous investigation but has not been working in lock step with congressional investigators.

A congressional referral to the Justice Department does not obligate prosecutors to act. Nonetheless, some of Mr. Trump’s advisers are privately concerned about what the House committee will recommend.

Some of Mr. Trump’s tax information is already in the possession of the Manhattan district attorney, Alvin Bragg, whose predecessor, Cyrus Vance Jr., spent years investigating Mr. Trump and his company.

Mr. Trump is also facing a civil suit filed by the New York attorney general, Letitia James, who has alleged a widespread practice of fraud over a decade by the former president, his children and his company. Michael D. Cohen, Mr. Trump’s former fixer and lawyer, helped spur that investigation with testimony before a House committee in 2019 in which he discussed how Mr. Trump, who has always fought anyone asserting he’s worth less than he claims to be, valued his properties.

The New York Times has also investigated Mr. Trump’s tax returns, including information from 2020. The investigation showed that Mr. Trump paid no federal income tax for 11 of 18 years The Times examined.

Mr. Trump reacted with fury to that investigation. And the possibility of a public disclosure of his tax information looms especially large for Mr. Trump, who has fiercely guarded his actual net worth and the sources of his income.

For years leading up to 2016, associates in New York City predicted that, despite repeated feints about a potential campaign, he would never declare because he would have to make his financial information available.

He did submit a federally required personal financial disclosure, but during the 2016 presidential campaign he refused to release his tax returns, a voluntary disclosure nearly every candidate has provided since President Richard M. Nixon. Voters had no ability to analyze where the wealthiest person ever to run for president in the United States was getting some of his money, and how much of it he sent the government in taxes.

During a debate in 2016, his Democratic opponent, Hillary Clinton, took note of the rare times that Mr. Trump had been forced to disclose his earnings and tax payments.

“The only years that anybody’s ever seen were a couple of years when he had to turn them over to state authorities when he was trying to get a casino license, and they showed he didn’t pay any federal income tax,” Mrs. Clinton said.

Mr. Trump fired back: “That makes me smart.”

Through myriad congressional and Justice Department investigations, including ones related to whether his 2016 campaign conspired with Russian officials to sway the election that year, Mr. Trump has repeatedly attacked the investigations, calling them a “witch hunt.” For decades he has insisted that he is a victim whenever he faces scrutiny. Mr. Trump had the same response when his company was convicted of 17 charges of tax fraud and other financial improprieties roughly two weeks ago.

But the details that could become public after this week are more consequential, Mr. O’Brien argued, as Mr. Trump prepares to woo voters for his third run for the presidency.

“There’s existential consequences on the legal side and reputation and business ones on the tax side,” Mr. O’Brien said.

Kari Lake Claims Her Voters Were Disenfranchised. Her Voters Tell a Different Story.