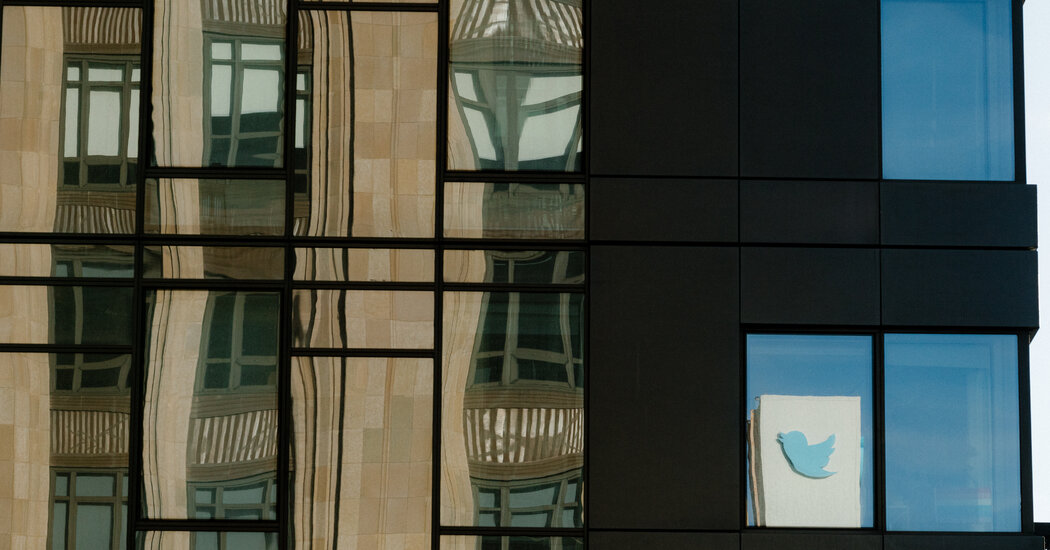 “I recognize this is a crazy moment where Tweeps are losing access and the layoff is in progress,” she wrote on Slack, adding a broken heart emoji and a link to a video conferencing room, according to messages viewed by The Times. Ms. Crawford works on Twitter Blue, a subscription product that faces a Nov. 7 deadline for rolling out or those on the team face termination.

A small group of employees tuned into the meeting via video conference as Ms. Crawford walked through product updates and troubleshooting issues. Suddenly, one member of the team dropped off in the middle of the call, said three people with knowledge of the incident. The person’s access had been cut off from the Twitter network.

Many of the cuts were deep. The human rights and disability experience teams were cut back, said three people familiar with the decision. The internet technology team — which is partly responsible for keeping the site functioning — became “a skeleton crew,” two people said. The marketing, social, curation, studio and enforcement teams, and the “Redbird” division of platform and infrastructure support, were also hit.

People who work from home were targeted for cuts, two people said.

On Friday morning at Twitter’s San Francisco offices, which were closed to most employees, at least nine security guards patrolled the two buildings that make up the headquarters, pacing around the perimeter and checking that some doors were locked. On a floor above one of the lobbies, the lights overhead were dim.

Those who were not let go tried to assess who remained, according to private group messages seen by The Times. They traded notes of support for workers who lost their jobs while they were pregnant or on work visas. Some employees had volunteered to be laid off so that colleagues on visas would not lose their jobs, two people familiar with the layoffs said.

Employees who were laid off said they were given few details about a severance package and were told they would receive more information in a week. What they gleaned was that what they would get in severance would probably be less than what Twitter’s previous management would have paid.